China’s economic rise has dominated the agenda of analysts and researchers for many decades. In fact, throughout this period, the country has experienced spectacular growth rates, which has boosted its foreign trade and direct investments extraordinarily. More recently, although its rates have declined, as compared to the ones of the previous cycle, China keeps moving at the fastest pace among bigger economies, apart from India, prompting further analysis of its challenges and strategies.

Since China started promoting a diplomatic and economic opening in the 1970s, it has undergone several transformations in terms of trade and investment. At first, while receiving investments from the U.S., Japan, and Western Europe to diversify its industrial park, its exports were predominantly primary — mainly oil. Over the years, however, the Chinese have become the world’s leading exporters, selling manufactured goods, whose aggregate value has not stopped growing. At the same time, their need for primary products has made them the largest importer of commodities, such as iron ore, soybeans and crude oil. This fact is shown in trade relations with Brazil and more specifically with the State of Rio Grande do Sul, whose partnership with China is based on the sale of commodities and the purchase of manufactured goods.

In this issue of Panorama Internacional, therefore, we will address some matters that pervade the dilemmas of China’s ascension and its relations with Brazil and Rio Grande do Sul. To do so, we selected articles that cover some recent political changes in China and the Chinese agriculture, technological innovation policies and foreign policy. However, we do not intend to exhaust the debate on the subjects chosen for this issue, and we also recognize the relevance of other topics that had to be left out of the discussion. Nonetheless, we do believe that this issue can contribute to the controversies over China’s rise, enlightening matters that, in general, delimit Beijing’s strategic behavior.

In Tarson Núñes’s article, we notice that, given the hegemony of the Chinese Communist Party in the country’s politics, it is necessary to look at the state to understand the dynamics of the Chinese economy. Hence, we can see an attempt by the Chinese government to adapt to the new international scenario, after the crisis of 2008, in order to harmonize the socioeconomic issues with the conjuncture. Thus, in its official resolutions, the Chinese government has already stressed its commitment to promote the transition from an export-led growth model to one with an emphasis on the domestic market to provide for the well-being of its new middle class. For this aim, the need for improvements in labor relations and environmental issues — abandoning the strategy to push for growth at any cost — is asserted, as well as the ambition to technologically qualify the country and increase the productivity of the economy.

Next, in Sérgio Leusin Jr.’s analysis, we find out that agriculture is another area in which China has been undergoing major transformations. Indeed, although the country has become a major importer of food, its agricultural sector is still large, especially when it comes to rice, tobacco, wheat, corn and soybeans. However, since rural flight remains a persistent social phenomenon, the government has been seeking ways to raise agricultural productivity in an ecologically sustainable way, to curb the flow of population towards urban centers. In addition, Leusin Jr. points out that government subsidies are a crucial element of the Chinese agriculture, once the government purchases a portion of the production and sets minimum prices, causing distortions in the global food trade, which has already been reported to the WTO by the United States.

After that, in Iván Tartaruga’s text, the incentives for technological development in China are scrutinized, a topic which has drawn the attention of scholars in recent years. In fact, especially since 2008, investment in research and development has skyrocketed, leaving China only behind the U.S. in this regard. Tartaruga argues that, despite all this, the amount invested does not in itself guarantee a greater generation of innovation, and precisely for that reason, the Chinese have been seeking to connect these policies with their country’s socioeconomic needs in three ways: (a) by fostering inclusive innovation, targeting low income population; (b) by organizing innovation pools in some provinces; (c) by prioritizing “clean” or “green” technologies. Yet, Tartaruga cautions that the lack of a competitive business environment conducive to innovation can hamper the Chinese advance in this area.

Finally, Robson Valdez’s study addresses the political and economic relations between China and Brazil and between China and the State of Rio Grande do Sul. In his view, our country and our state are at a crossroads, once our relationship with China is apparently no longer based on mutual benefits that would contribute to our development. Besides the aforementioned trade asymmetry, as a result of the fact that primary products constitute the core of our exports to China, another issue is that the Chinese are eager to acquire some key sectors of our economy. Instead of promoting Brazil’s advancement, Chinese investments appear to be serving Beijing’s interests exclusively, in a context in which both Brazil’s and Rio Grande do Sul’s governments have set fiscal stability as top priority. Thus, in order to overcome short-term obstacles, they are giving up mechanisms and instruments that could be used to promote economic growth and implement long-term public policies, thereby compromising national sovereignty. 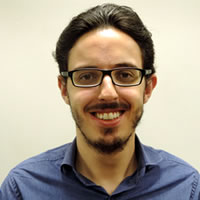