The final years of the First Brazilian Republic witnessed the first efforts to regulate labor relations in Brazil. During the administrations of Epitácio Pessoa, Artur Bernardes and Washington Luís, laws on occupational work accidents (1919), retirement and pension funds (1923), vacations (1925) and child labor (1926) entered into force. These historical records will certainly surprise those who regard Getúlio Dornelles Vargas as a pioneer in labor laws.

At the turn of the 21st century, several oral history works carried out with elderly people in rural areas testified how countryside workers still paid immense reverence to Getúlio.1 In interviews, they credited him with the exclusivity in granting rights. A lady, in one of those reports, attributed some acts to the ruler which did not actually result from his ink, such as rural retirement or even the abolition of slavery (!).

The counterpoint between history and memory allows us to make some reflections. Contrary to what common sense holds, Vargas was not the first ruler to pass laws on workers’ rights. Moreover, the Consolidation of Labor Laws (CLT) [Consolidação das Leis do Trabalho in Portuguese] and the rights insured therein were not innocuous to the rural population, as it is commonly thought. Otherwise, their memory would not have been kept.

In fact, Getúlio did improve the existing laws, made new ones and systematized them into the CLT, in 1943. Between 1930 and 1945, his administration instituted the employment record card and the minimum wage, established the Labor Court, regulated trade unions, limited the working time to 44 hours a week, established maternity leave and the right to rest periods, among other prerogatives.

However, the perception about the laws enacted in the First Republic, which were sparse and unsystematic, differs greatly in relation to the memory on the legislation approved in the following period. If the former are recognized by historiography as the result of decades of struggle by the labor movement, the CLT is remembered, in the common sense, as a gift bestowed by a charismatic and benevolent president. This memory is so consolidated that it admits few alternative narratives.

Historian Ângela de Castro Gomes (2005) dissected the implicit ideology in the idea of bestowal. Once the labor legislation was inscribed in a circuit of reciprocity, the workers’ support to the dictator was understood as a necessary counterpart. Of a “free, costless, and generous” act, the gift is expected to be paid back. However, memory and history differ. Even if presented as a grant, historians argue that just as in the First Republic, labor laws were passed as a result of the workers’ struggle or the negotiation with unions (previously subject to official approval, in 1931, when the Unionization Act passed). According to Gomes, “the state ought to anticipate and elaborate the legislation, even before the associative spirit of workers organized the union”. Here is Vargas’s achievement: to adopt an anticipatory and preventive attitude on labor rights and receive the laurels for them.

Why do workers attribute the social rights to the generosity and benevolence of that president so staunchly until today? Was the ideological influence of the Vargas Era so absolute and effective? Would the people’s naiveness make them fully permeable to the official discourse, broadcast daily on Hora do Brasil?2 On the contrary: the workers were far from being innocent. Quite astutely, they made that implicit ‘pact’ with the President (whose memory echoed for a long time) because it helped to secure prerogatives. The legislation was used as an instrument of fight against possible violations of rights, and the Labor Court was the appropriate forum to deal with those issues.

The CLT was dubbed the “worker’s bible” because it was a written body based on Vargas’s prestige (even after he left power in 1945 and committed suicide in 1954) to which the poor could appeal. It is noteworthy that a significant number of workers were illiterate and had access to labor legislation by the governmental speeches broadcast on the radio. This was also true with rural workers. Although they were not directly encompassed in the CLT, they used it as an argument in their lawsuits or even when they wrote letters to Vargas, as Dezemone (2009) and Ribeiro (2009) demonstrate.

In interviews of oral history conducted in 2008 and 2009, in the Osório region, with elderly workers, black people and poor people, a strong sentiment of experienced injustice could be identified in their retrospective look, for “having no one to count on” and, therefore, being vulnerable to abuse. One of them reported that, on several occasions, when local residents returned from the toil, they found their houses burned down: “they set fire and you ended up helpless“. In their memories, the sense of vulnerability softened during the administrations of Vargas, when the “worker’s bible” represented the very idea of “whom to count on”. The CLT thus had a symbolic power that went beyond the guarantees of the law in its practical plan.

While the “ideology of bestowal” could be positively handled by the working class in past decades, today it has become malefic for their purposes. The memory of Vargas’s charisma (which was the basis of the “worker’s bible”) has become rarefied. In this situation, reiterating this memory facilitates abolishing rights (of course, not without discontentment). If the ruler is given the prerogative to grant rights, then he/she can also abolish them through a top-down approach. The reform by Michel Temer of labor laws deducts or flexibilizes a series of rights conquered through the CLT, for instance, the rest period may be shortened, the working day may be prolonged to up to 12 hours, and employees and employers will directly discuss dismissals. The negotiated terms are set to prevail over the legislated ones, thus weakening the Labor Court.

The CLT has undergone several changes since 1943. However, the recent accumulation of changes is only parallel with those carried out in 1967 by the civil-military dictatorship. The latter, however, did not advance on several prerogatives of the original framework, which have been changed only recently. Contemporary social movements often say that not even the dictatorial regime attacked the rights guaranteed by the CLT, which is only partially true.

In any case, the recent prevalence of the negotiated conditions over law provisions effectively contradicts the original spirit of Vargas’ law. It assumed that there should be a legal body capable of granting protection to workers, who were seen as the weaker party in a power relationship with the employer. Its reconfiguration into a legal framework based on the fictional liberal idea of symmetry, in which the inequality in the bargaining power between the parties is removed, is indeed an unprecedented change.

If one takes into account the changes in the lives of workers and the loss of historically acquired rights, it can be said that the reform has found little resistance among social movements. Along with aspects such as the impact of President Dilma Rousseff’s impeachment, police violence and years of “domesticated” and demobilized unions, it is possible that this discouragement is also related to the symbolism of bestowal. If rights are culturally perceived in Brazil as a gift from the government (the abolition of slavery and the Brazilian independence are other examples), for what is given can also be taken back.

Therefore, it would be important to restore a historical truth, in light of the deep-rooted memory. Behind apparent concessions, there were barred past demands and unions’ negotiations that, contrary to what common sense holds, were not Getulio’s puppets or placid loyalists. The “pact” between President Vargas (and, later, João Goulart) and the workers was full of fissures which were exploited to conquer and preserve individual and collective gains.

The dialogue between history and memory is difficult, but those elements do not constitute an antinomic pair: the relationship between them can be illustrated by the image of Siamese twins, who share organs and blood, feed from each other, but are distinct beings. This complementarity is, then, discussed by Paul Ricœur (2007) and Fernando Catroga (2001). The past always lends itself to political uses, as François Hartog and Jacques Revel (2001) emphasize. History, as much as memory, is a tool for it. By presenting the image of a varguism about to be destroyed, political sectors seek to justify a supposed modernization by neoliberal reforms, which, however, result in archaic labor relations due to the deprivation of social rights. They also deconstruct the legacy of fights for rights longer than a century which goes even beyond Getúlio Vargas. Given this, one shall wonder: whom to count on?

2 Official radio program that broadcast the acts of the government and transmitted the political discourse of the President and his Ministers. Since 1962, it has been called Voz do Brasil. 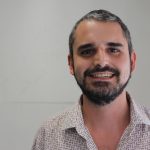 Is the global flexibilization of labor relations a generalized trend? A brief analysis of the situation of East Asia

From the First Republic to Getúlio Vargas and Michel Temer: history and memory of labor laws

External antecedents and implications of the labor reform for Brazil